Captain Gopinath opens up about Soorarai Pottru
Published on Oct 11, 2020 1:22 am IST 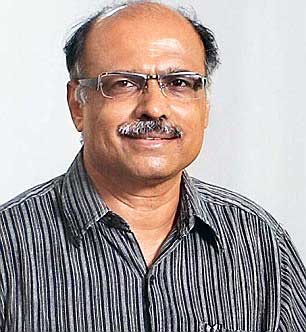 Suriya’s upcoming film Soorarai Pottru is one of the most awaited films of the season. Directed by Sudha Kongara, the film is also being released in Telugu as Aakasame Haddhura. It is loosely based on Captain Gopinath’s, founder of Air Deccan, life.

In a recent interview, Captain Gopinath stated that the film inspired from his book ‘Simply Fly’; however, it is not an authentic representation of his life. “Sudha was clear that she wanted to take inspiration from my life and the book. My only condition was that they should not deviate from the ethics and guidelines by which I have lived my life. Although I wasn’t part of the scripting process, I hope the film has come out well.“

The former aviator also said that the film will have a lot of life lessons for film viewers and it will be an exciting story to watch on screen. The story talks a lot about my life in the village, agriculture, casteism, army, and how I ended up starting an airline company. The story is essentially about how everyone can dream, even if they are from a village,” he said.