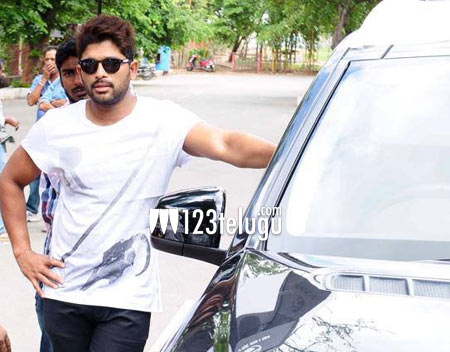 A complaint was logged on film star Allu Arjun’s car driver Mahipal in Jubilee hills police station by a cab driver. The victim alleged that Mahipal snatched his car keys and demanded 2 lakh rupees as a compensation.

Going into details, cab driver Ramakrishna accidentally hit Allu Arjun’s car while reversing at a famous spot in Hyderabad. An upset Mahipal instantly demanded 2 lakh rupees as compensation for the damage to the car.

When cab driver said he cannot offer that amount, Mahipal snatched the car keys from him and asked him to take the keys back after paying that loss amount.

The helpless cab driver approached Jubliee hills police and filed a complaint against Bunny’s driver. Police have recorded the statement and further investigation regarding this case is going on.