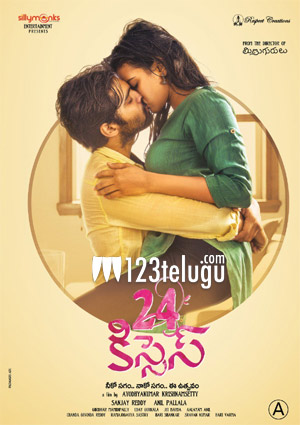 24 Kisses, this upcoming romantic drama starring Hebah Patel and Arun Adith, gained everyone’s attention with the striking posters and steamy teasers. And today, 24 Kisses has wrapped up the censor formalities. The CBFC has cleared the movie with an A certificate.

24 Kisses is touted as a bold and sensuous take on love and relationships. The film is slated for release on October 26. Minugurulu fame Ayodhya Kumar Krishnamsetty has directed the film, which also features Naresh, Rao Ramesh and Aditi Myakal in prominent roles.