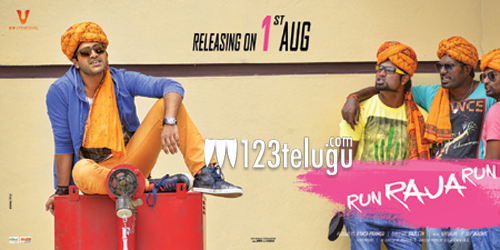 ‘Run Raja Run’, is the upcoming film in which Sharwanand will be seen as a lover boy for the first time. This film has completed its censor formalities recently and has received ‘U/A’ certificate.

This action comedy entertainer is slated to release on August 1, and this marks the directorial debut of Sujith. According to him, the censor officials have personally praised him.

He also added that the officials were thrilled with the last 30 minutes of the film. Seerat Kapoor is paired opposite Sharwanand in this film for which Ghibran has scored music.