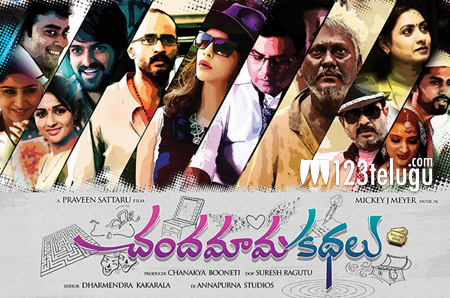 It is indeed a proud moment for director Praveen Sattaru and his team as the critically acclaimed Chandamama Kathalu won the National Award for the best film in Telugu.

The prestigious awards were announced a short while ago and Bollywood actress Kanagana Ranaut won the best actress for her portrayal in Queen. Even though Chandamama Kathalu did not manage much box office success, this film won the hearts of many critics.

The film was based on the lives of eight different stories which were told in quite an emotional note. 123telugu wishes the entire team of Chandamama Kathalu hearty congratulations on wining this prestigious award.