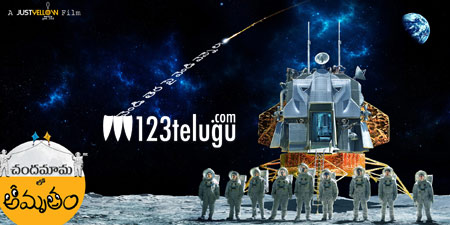 Chandamama Lo Amrutham, a comedy film based on Amrutham TV serial, is gearing up for release in December. Although the film’s shooting was completed long ago, the film’s post-production, especially visual effects, took a long time to complete. Directed by Gunnam Gangaraju, the film is said to be India’s first space film.

Talking about the film, Gunnam Gangaraju revealed, “Almost one-third of the film is set in the moon and close to 44 minutes in the film is set in space, apart from 19 minutes of mind boggling computer graphics. The visual effects took longer than what we expected, but we are planning to release the film either in the third week of December.”

Srinivas Avasarala, Harish, Vasu Inturi and Dhanya Balakrishnan will be seen in lead roles. The audio is expected to be launched in the first week of December. Gunnam Gangaraju has also written the script and produced it under Just Yellow Media banner.