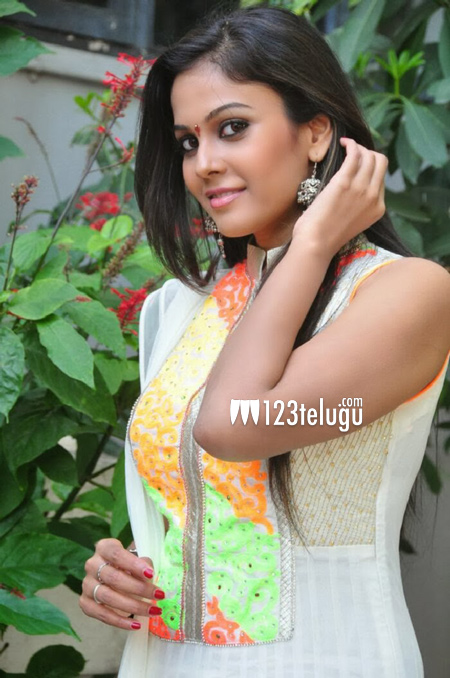 This beautiful girl with an innocent looking face worked hard for Kalicharan but unfortunately it didn’t run at the box office. Keeping that behind she has signed few more films, and one of them is releasing next month. AP02 is the title of a film set against Anantpuram background, that is a Anantpuram police station number. Chandini reveals some info, “I have a strong role. It is an emotional, sensible, intense love story. The character will be bold and positive and Bhupal is my hero. It is 40 percent done.

In Maruti’s Lovers I am the second lead with Sai and the other pair is that of Sumant Ashwin and Nandita. It is a rom com. The Chennai girl from Andhra Pradesh says Kiraak will be another film that will showcase her talent. Aniruddh who did some short films is the hero and Harick is the director. Kiraak os releasing in the 2nd week of July, it is an interesting script, a complete contrast to Kalicharan. I am a glamorous college going girl who is a Pawan Kalyan fan and the hero is a Mahesh Babu fan. The audio was released on the 14th, the songs are the biggest plus point and there is a freshness associated it with adds the actor.