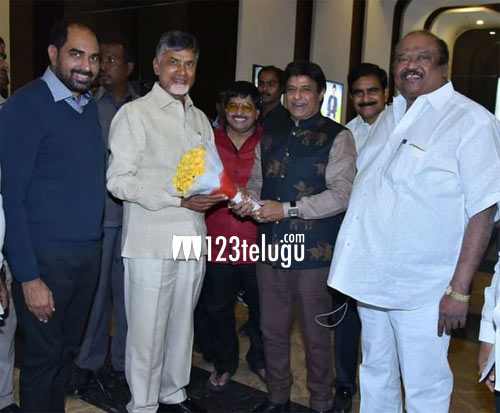 Chief Minister of Andhra Pradesh and TDP chief Chandrababu Naidu watched the film NTR Kathanayakudu on the day of release on Thursday and a day later, he did come in front of the media to share what he felt.

The politician shared that he didn’t think Balakrishna would be able to pull off the role but the final result on the screen left him in awe.

Showering praises on Krish Jagarlamudi for showcasing the story in a great way and Balakrishna for making him nostalgic, the Chief Minister even honoured them with shawls and bouquets.