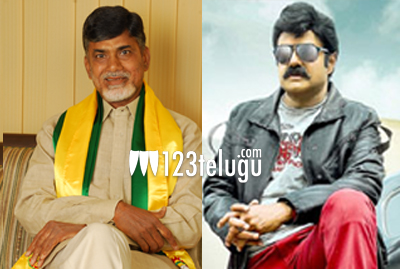 As per the latest update, TDP President and Chief Minister of Andhra Pradesh Nara Chandrababu Naidu will be attending the audio release event of Nandamuri Balakrishna’s upcoming film, ‘Lion’. The audio will be released on the 9th of April at Shilpa Kala Vedika in Hyderabad, with Chandrababu as the chief guest.

‘Lion’ is being directed by debutant director Satya Deva and produced by Rudrapati Ramana Rao. The film stars Trisha and Radhika Apte as the female leads and Mani Sharma is the music composer.

‘Lion’ is an out and out action entertainer and Balayya’s various getups and intense performance are expected to thrill his fans. The film will be released in April.