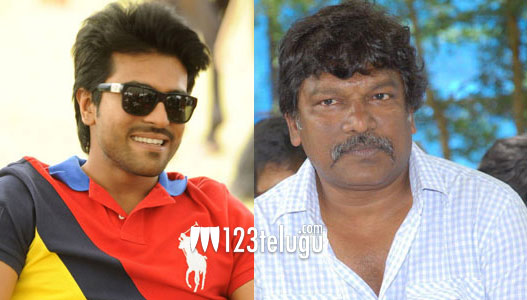 Mega Power Star Ram Charan and Krishna Vamsi are working together for a new family entertainer. The film is being shot in Rameshwaram right now and other beautiful locations in Tamil Nadu will also be covered.

Bandla Ganesh is the producer of this movie and he is producing this big budget family drama on Parameshwara Arts banner. Thaman will be composing the music. The film’s title has not been revealed yet and the first look will be released for Charan’s birthday.