Charan, Tarak belong to rival families; But they are good friends: Rajamouli
Published on Mar 29, 2020 3:00 am IST 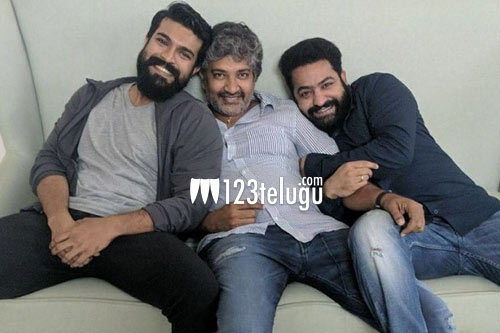 Numero uno director Rajamouli has made some interesting statements during his interaction with popular Bollywood critic Rajeev Masand. When asked about the immense pressure of handling two of the biggest Tollywood stars in RRR, Rajamouli said that in his childhood, whenever he read comics, he always used to wonder what if Spider Man and Superman came together.

Rajamouli went on to say that even though both Tarak and Ram Charan being to two traditionally rival families. “Luckily, they both are good friends and even I worked with both of them in the past. Everything just fell into the right place for RRR,” Rajamouli said, further adding that he is thinking beyond the fans’ expectations and is also catering to the expectations of the general audience while filming RRR.