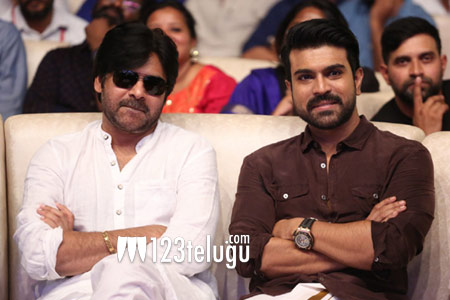 The shooting of Ram Charan’s next with Boyapati is going on in full swing in Hyderabad. Ram Charan is giving his best to make this film an even bigger hit than Rangasthalam.

Meanwhile, Charan as a producer pleased mega fans by releasing the trailer of Sye Raa on his dad’s birthday. Now, the latest we hear is that the first look of his film with Boyapati will be out on the 2nd of September as Pawan Kalyan birthday special.

Though this news is not confirmed yet, the mega fans are already thrilled with this update. Kiara Advani plays the female lead in this film which has music by Thaman.