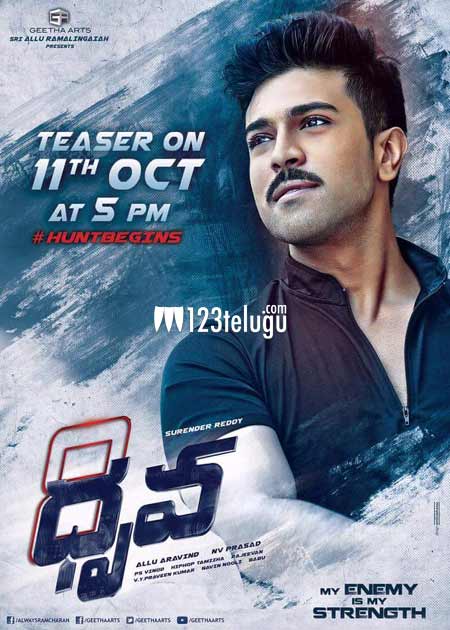 Yesterday, we revealed that Ram Charan is brisking away with the dubbing of his new film Dhruva. The latest update reveals that he has wrapped up the dubbing part. With this, his work on the film has been completed.

Meanwhile, the team is busy with the other post-production formalities which are going on in full swing. Hip Hop Thamiza composes music for this film which is directed by Surender Reddy and is up for a release this 2nd of December.

Geetha Arts produces this film which has Rakul Preet as the female lead.