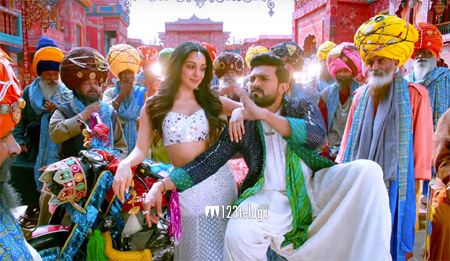 Rama Loves Seetha’s 100 second-long video promo showcases the huge, colorful sets designed in typical Boyapati Srinu’s style. More than 800 dances and extras were used to bring a festive atmosphere in this song. Even the film’s heroine Kiara Advani complemented Charan with her effortless dance steps. Kiara is a trained classical dancer, and she will enthrall fans with her dances and glamor.

Vinaya Vidheya Rama is slated for release on January 11. DVV Danayya has produced the movie with a huge budget. DSP is the film’s music composer.