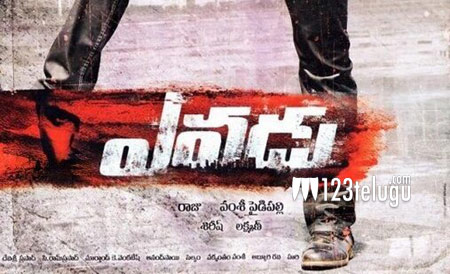 The audio album of Mega Power Star Ram Charan’s ‘Yevadu’ will be released on the 30th of this month. The news has officially been confirmed by the hero’s PRO. Yevadu’s audio album has been composed by Devi Sri Prasad,who seems to be in terrific form. The production team is making efforts to release the film in the last week of July.

Charan will be seen in the company of Shruti Haasan and Amy Jackson in this thriller. Vamsi Paidipally is handling the direction of the movie and Dil Raju is the producer.

The film is being eagerly awaited by Mega fans as Allu Arjun will also be seen in a small cameo in this movie.