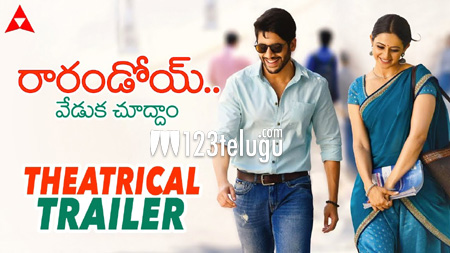 Naga Chaitanya, Rakul Preet will soon be seen in a family entertainer titled Ra Randoi Veduka Choodham. Directed by Kalyan Krishna, the film has been produced by Nagarjuna and it is gearing up for release on May 26.

The film narrates the story of drama that unfolds between two families. The film’s trailer was unveiled earlier today and Naga Chaitanya-Rakul’s onscreen chemistry is being praised unanimously.

After a string of glamorous roles, Rakul will be seen in a completely different look in this film and her performance is expected to be a major highlight in this family drama. DSP has scored the music.