Chay-Sam open up about reuniting for another film after Majili
Published on Apr 14, 2019 4:00 am IST 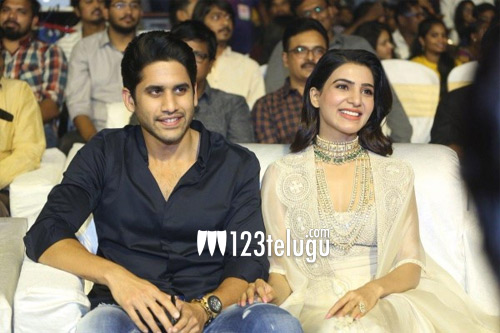 For the first time since their marriage, Naga Chaitanya and Samantha joined hands for the emotional romantic drama, Majili. Released a day before Ugadi, the film has turned out to be a huge blockbuster. Majili is Chay-Sam’s fourth film, after YMC, ANS and Manam.

Following to the massive success of Majili, there have been several speculations that the Akkineni couple will soon be teaming up for yet another project very soon. However, Chay and Sam have promptly denied the rumors of them acting in another film this year.

Chay and Sam interacted with the media personnel yesterday to thank them for their support during Majili’s release. On this occasion, they said that they are not planning to sign another film to cash in on Majili’s success. Chay said that Majili happened as a pleasant magic and that they will wait until another such magic happens in the future.