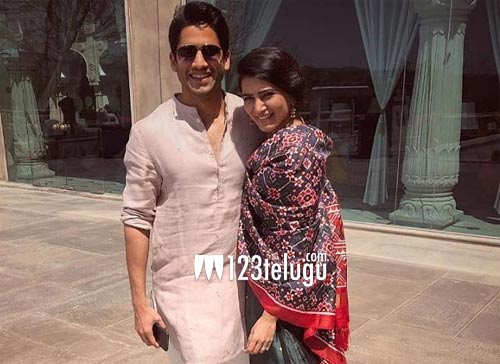 Akkineni couple, Naga Chaitanya and Samantha, scored a huge blockbuster with Majili, the duo’s first film after marriage. The couple interacted with the media yesterday to thank them and fans for the support. During the interaction, both Chay and Sam made a couple of crucial announcements confirming the ongoing speculations.

Chay said that it’s not his brother Akhil but him who will be seen in a key role in Bangarraju, the much-awaited sequel to Nag’s Soggade Chinni Nayana. Chay also revealed that Bangarraju’s pre-production work is underway at the moment and that the project will be going on floors in July.

On the other hand, Samantha revealed that she is indeed part of Manmadhudu 2, which has her father-in-law Nagarjuna as the main lead. Sam said that her role in the movie will be more like an extended cameo. Well, 2019 seems to be quite an eventful year for the Akkinenis and their fans.