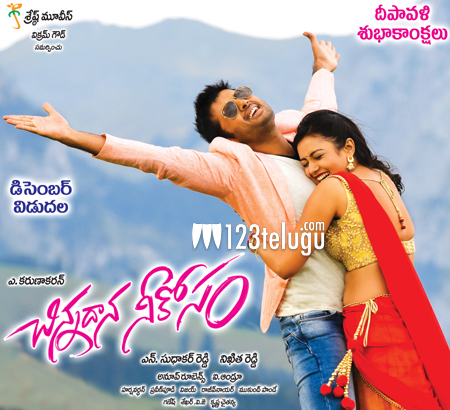 Young hero Nithin, who is riding high with back to back hits is busy wrapping his upcoming film ‘Chinnadana Neekosam’. The film unit has recently returned from the long schedule of Europe and according to the latest update, the teaser of this film will be launched today in Hyderabad.

The filmmakers are planning to release this romantic entertainer on December 19. Directed by Karunakar, this film features Mishti Chakraborthy of the Hindi film ‘Kaanchi’. Anoop Rubens is scoring music for this film which is produced under Nithin’s home production ‘Shresta’ banner.