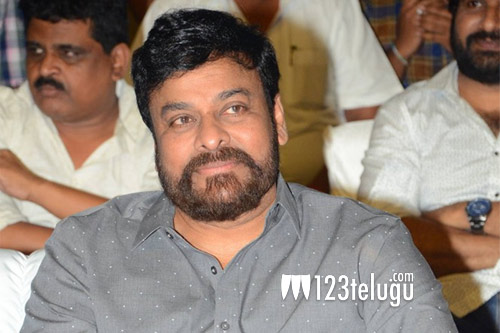 After a solid first weekend, Venkatesh and Naga Chaitanya’s multi-starrer, Venky Mama, is having a steady run at the box-office. The film is expected to reach the breakeven mark very soon. Meanwhile, Megastar Chiranjeevi watched Venky Mama along with his family members and he’s all praise for his good friend Venky and the entire team.

“I watched Venky Mama along with my family members and we loved it thoroughly because of Victory Venkatesh. His comedy timing and emotional performance enthralled us in every respect. He was equally good in action scenes. It’s a tailor-made role for Venky. I congratulate Venky for this success,” Chiru said.

Chiru went on to say that Naga Chaitanya was equally impressive and that like his uncle, even he came up with a matured performance. Talking about the director, Chiru said that Bobby has done a wonderful job. “His style of taking and treatment impressed me a lot. I congratulate the entire team for the grand success,” he said .