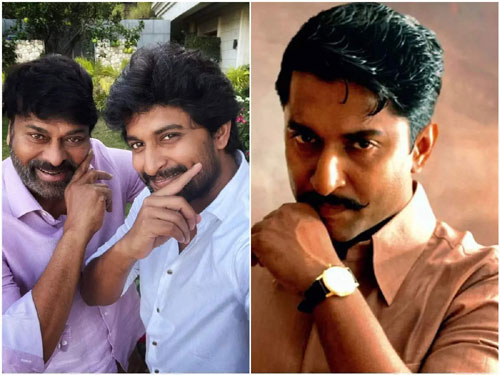 Ahead of the release, the hero has posted a pic of him with the star hero Chiranjeevi. He took to social media and posted that Chiranjeevi has liked Shyam Singha Roy and also said that it made his day.

Chiranjeevi heaped praise on Nani and the team for coming up with such a classic movie. He also congratulated the team for the success of the movie.

Both the actors are all smiles in the pic, which is now going viral on the internet.

Having Sai Pallavi, Krithi Shetty and Madonna Sebastian in prominent roles, the movie is directed by Rahul Sankrityan.