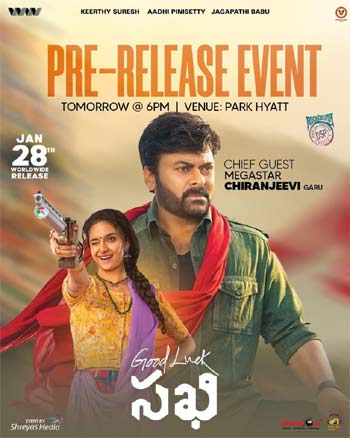 Good Luck Sakhi is a film that Keerthy Suresh has been waiting for as she will be seen as a shooter in the film.

Now, the news is that the pre-release event will be held tomorrow and none other than Chiranjeevi will be coming in as the chief guest.

Nagesh Kukunoor has directed the film which also has Jagapathi Babu as the main character. The film will be out on the 28th of this month.