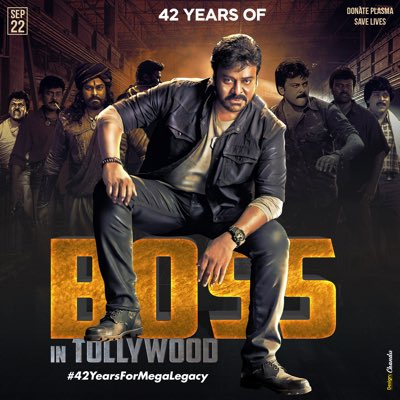 Chiranjeevi is one of the legends of Indian cinema and has been there and done that. Today, he completes 42 years as an actor in the industry and has stood as an inspiration to many.

Today, his first film, Pranam Khareedu released 42 years back and put Chiranjeevi into the limelight. With each passing film, he has made it big in the industry, and now he is the megastar of the country.

Chiru himself made a post and thanked the fans in a note and said that it is because of his fans that he is seeing such huge popularity. Chiru will next be seen in a social drama called Acharya.