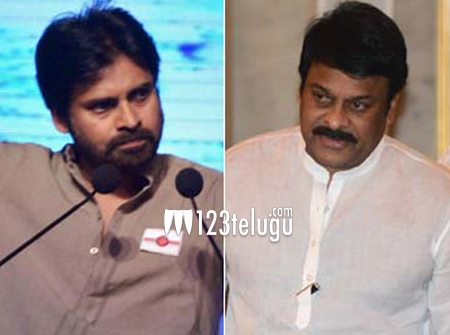 Chiranjeevi has once again clarified that there are no rift within the family and denied rumours that Pawan Kalyan has founded Jana Sena Party because he was upset with Chiranjeevi. For the past days, Chiranjeevi has been touring across Seemandhra region where he has been campaigning for Congress and he made these statements at a press conference in Vizag.

Talking to the media, he said, “There is no truth in rumours that there is a rift in my family. When Pawan Kalyan campaigned for PRP during last elections, he didn’t want to contest in elections and after the elections, he went back to acting in films. He never told me that he was upset with my decision to merge PRP with Congress and I had no idea that he is going to form a new political party. At the end of the day, it’s his personal decision. There’s no rule that everyone in the family has to think alike. I will stand by his decision to serve the society in whatever way he wants.”

Incidentally, Pawan Kalyan has confirmed that his party will be supporting BJP in the upcoming elections and he recently met Narendra Modi to discuss about various issue related to Telangana and Seemandhra.