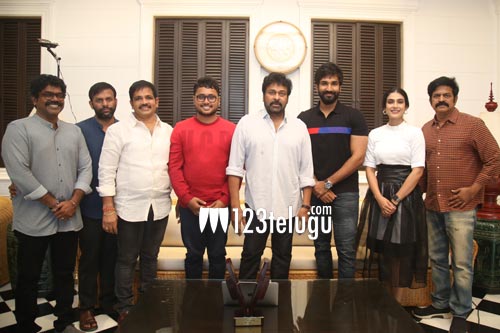 Megastar Chiranjeevi has just launched the teaser for Aadhi Pinisetty and Akanksha Singh’s upcoming sports drama, Clap. In the movie, Aadhi plays an ambitious athlete named Vishnu. The film revolves around Vishnu’s dream of winning a gold medal at National Games and the murky politics in the sporting world.

The last shot of Clap’s teaser leaves a big surprise and shock, as Aadhi is shown as an amputee watching a race on TV. Akanksha Singh plays a hockey player in the movie. The romance track between Aadhi and Akanksha and the conflict between Aadhi’s dream and shrewd babus in the sports association will be something to watch out for.