Chiranjeevi reveals why Sujeeth was replaced for Lucifer remake
Published on Sep 24, 2020 6:54 am IST 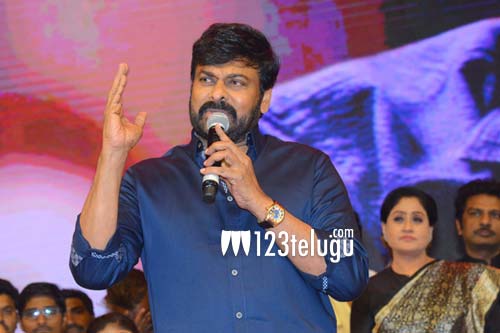 Megastar Chiranjeevi surprised everyone when he roped in young filmmaker Sujeeth to helm the Telugu remake of the acclaimed Mollywood political drama, Lucifer. However, Sujeeth has now been replaced by VV Vinayak, after he worked on the film’s script for a few months. The reason behind this massive change of responsibility was never revealed.

And in a latest interview, Chiru himself opened up about the reason behind Sujeeth’s replacement. Chiru said that Sujeeth came to him after his marriage and requested him to excuse him as he was unable to concentrate on the project and decided to leave it. “And I agreed,” Chiru said, also confirming that VV Vinayak has indeed stepped in to shoulder the responsibility.

Lucifer remake will be bankrolled jointly by Ram Charan and senior producer NV Prasad. Stay tuned for further updates on the crazy project.