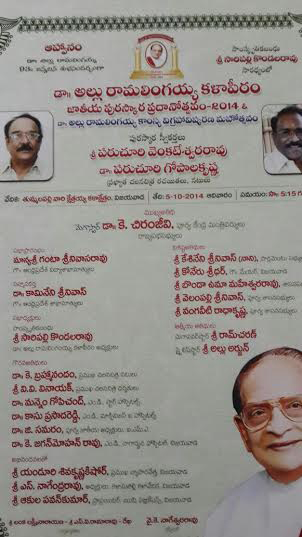 Megastar Chiranjeevi, is all set to unveil a statue of the late comedian Allu Ramalingayya in Vijayawada tomorrow. During this event he also will be giving away the Allu Jatiya Purasakram to writers Paruchuri Brothers.

Special arrangements have been made in Vijayawada for this event which will be held at Tummmalapalli Kalakshetram. Meanwhile, Chiranjeevi is busy making due preparations for his comeback film, and has zeroed in on three scripts for his 150th film.