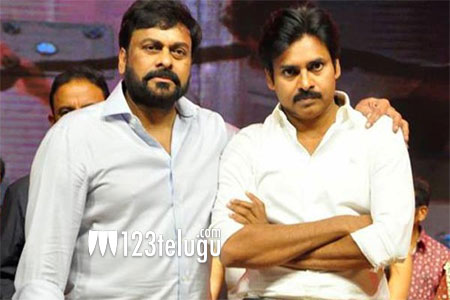 Star hero Pawan Kalyan’s new film was announced yesterday on the auspicious Dasara festive day. Even though the makers are tight-lipped about the story, the film is tipped to be an official remake of the acclaimed Mollywood action thriller, Ayyappanum Koshiyum, also starring Rana Daggubati.

Now, ever since the announcement teaser was released yesterday, speculations about the film’s title have been going viral on social media. Apparently, the film will be titled Billa Ranga. Incidentally, Billa Ranga is the title for Pawan’s elder brother Megastar Chiranjeevi’s 1982 film, which also had Mohan Babu in a lead role.

Furthermore,while Pawan plays a high-voltage cop’s role named Billa, Rana will be seen as Ranga in the movie. However, we will have to wait for the official confirmation in this regard.

The film will be directed by young filmmaker Saagar Chandra of Appatlo Okadundevadu fame and leading production house Haarika and Hassine Creations will bankroll this crazy project.