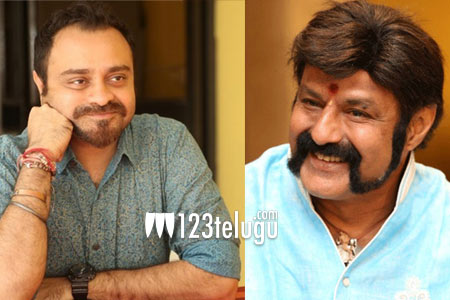 Impressed with his work in Kanche, Balakrishna gave a golden chance to music director Chirantan Bhatt for GPSK. The young music composer impressed Balyya with his tunes and bagged yet another project of his called Jai Simha now.

The audio launch of the film will happen in the last week of December and the latest we hear is that Chirantan Bhatt has readied an out and out commercial album for Balayya.

The album will contain all sorts of songs like mass numbers and romantic ballads. K S Ravi Kumar directs this film which is up for a release on the 12th of January 2018.