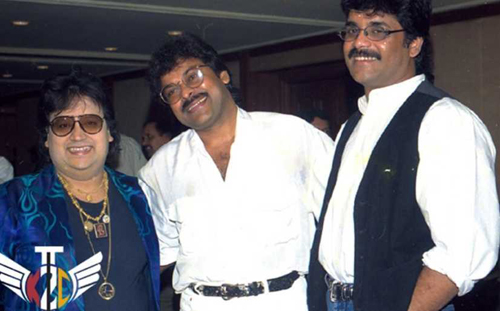 Hindi music director, Bappi Lahari is a legendary musician and we all know that. He has worked for many Telugu films and most of the Chiranjeevi films like Rowdy Alludu and Gang Leader had music by him.

Chiranjeevi specially used to request Bappi da to come to Tollywood to work in his films. Many say that Chiru used to enjoy Bappi da’s company a lot and one such picture which proves the fact has gone viral now.

Seen here in the above picture is Chiranjeevi and Nagarjuna with the Disco king Bappi Lahari himself. This picture has gone viral now.