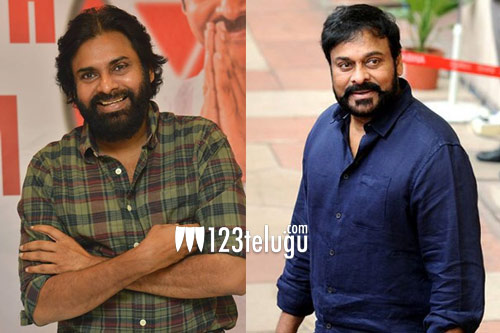 Even as rumors of rift between Chiranjeevi and Pawan Kalyan often make headlines, both the Mega brothers always maintained that they have been quite close and shared deep affection for each other. And Chiru’s latest statement on Pawan reiterates just that.

In a latest interview, when asked about Pawan evincing interest in remaking the Malayalam hit political drama, Lucifer, Chiru said that he will be glad to sacrifice the project if Pawan really wants to act in it. “If my brother is willing to remake Lucifer, I will gladly giveaway the project. However, I have not yet heard about his interest in the project,” Chiru said.

It’s well-known that Ram Charan had bought Lucifer’s Telugu remake rights last year. A director who will be helming this crazy project is yet to be finalized.