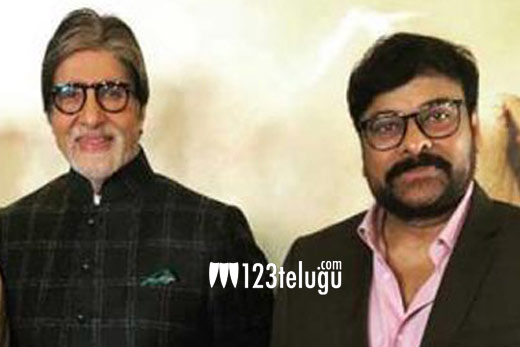 Megastar Chiranjeevi took to Twitter this morning and revealed a large-hearted gesture of Bollywood stalwart Amitabh Bachchan. The Megastar said that the Big B has contributed 12,000 Corona Relief Coupons each worth Rs1500 to the Telugu film workers. The coupons can be redeemed at all Big Bazaar stores.

Amitabh’s total contribution to Tollywood’s daily wage cine awards amounts to Rs 1.80 crores. A few days ago, Chiru, who shares a close bond with Amitabh, acted in a short film titled Family on Amitabh’s request. The video has been received well by fans across the country.

Amit ji @SrBachchan has arranged 12000 Corona Relief Coupons of Rs1500 each to be distributed to the Daily wage Film workers in Telugu States from the proceeds of #Family.A BIG THANK YOU to ‘BIG B’ for this wonderful initiative.These coupons can be redeemed at #BigBazaar stores pic.twitter.com/XK0vjL38MT