Chiru reveals details of his and Charan’s roles in Acharya
Published on Apr 9, 2020 4:43 pm IST 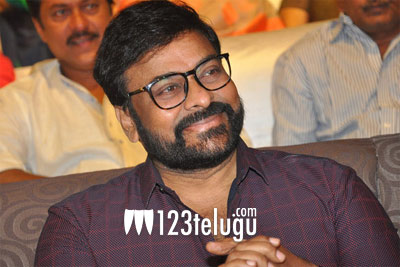 It’s well known that hero Ram Charan, who is producing his dad Chiranjeevi’s highly-anticipated 152nd film, Acharya, will also play a crucial extended cameo in the movie. Charan will join the shoot once he sorts out his dates vis-a-vis RRR’s schedules.

Meanwhile, speculations are rife about Charan’s role in Acharya. There have been reports that the Mega Powerstar will be playing young Chiranjeevi in the movie. However, Chiru has spilled the beans about his and Charan’s in a latest interview.

Chiru said that he and Ram Charan will not be playing father and son in the movie, but their roles are more like a Guru and Shishya. Well, we will have to wait until the film hits screens to know what the father-son duo is going to offer.