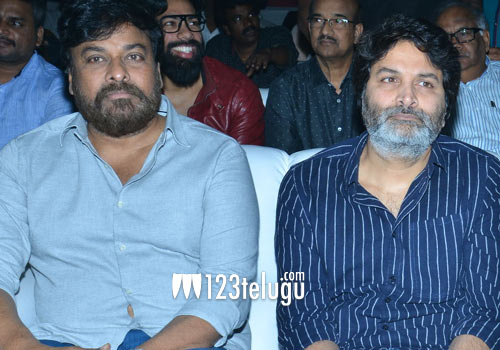 A film with star director Trivikram Srinivas was the most eagerly awaited among Chiru’s future projects. But there is no news on it to date. There were reports that the Chiru-Trivikram film will be going on floors sometime in 2021 once Chiru completes his current projects.

But the latest update is that this project has been shelved as of now. Both Chiru and Trivikram have met recently and have decided to stall this project and make it when the time is right.

As of now, Megastar Chiranjeevi is currently working on his 152nd film, Acharya, under Koratala Siva’s direction. On the other hand, Trivikikram will be working with NTR next and also has plans to do a film with Ram in the days to come.