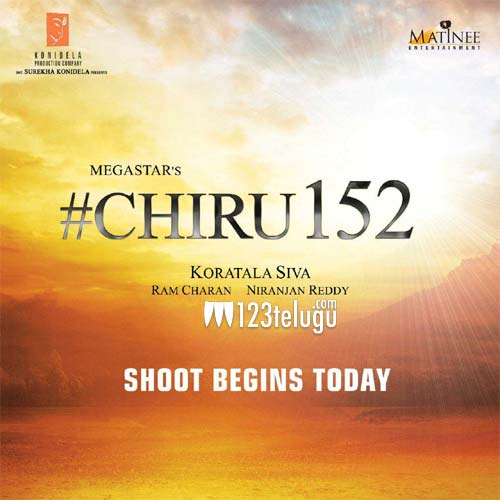 The makers of Megastar Chiranjeevi’s much-awaited 152nd film under Koratala Siva’s direction have shot a crucial schedule in Kokapet, Hyderabad. Apart from a special song featuring Chiru and young actress Regina Cassandra, an intense action episode has also been canned in this schedule.

As per the latest updates, the unit will soon be heading to Rajahmundry for yet another major and important schedule. The film’s leading lady Trisha will be joining the shoot in the upcoming schedule.

Ram Charan is also playing a key role in the movie, tentatively titled Acharya. Charan is co-producing the film along with Matinee Entertainment’s Niranjan Reddy. Manisharma is composing the music.