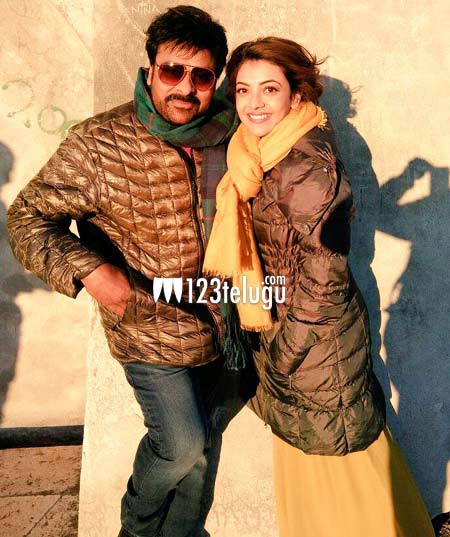 A short while back, a still from the Chiru’s new film was released all over. As soon as the image went live, the entire social media was abuzz with positive feedback and praised the mega star heavily.

If you look at the image, Chiru looks quite younger and in a very stylized mode. Also seen was Kajal who will be sharing screen space with him. Chiru’s daughter, Sushmita is the woman behind Chiru’s stylish looks which has been creating a stutter all over.

Mega fans are quite happy with the way their star hero is looking to bounce back with his 150th film.