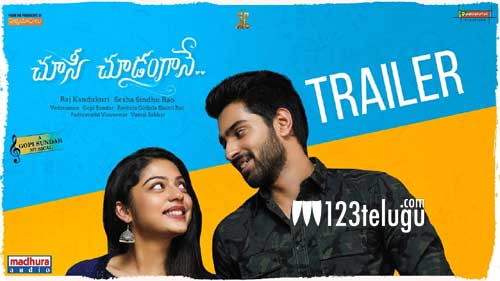 Producer Raj Kandukuri is launching his son Shiva Kandukuri with the film Choosi Chudangane which has completed its shoot.

The trailer of the film is out and depicts love after break up. Shiva Kandukuri is shown as the passionate photographer who falls in love with Varsha Bollama post his breakup.

The visuals and screen presence of Shiva are pretty good as the young actor looks good in a bearded look with a frustrated attitude in life.

The emotions are simple and looks like the film is going to be filled with such simple emotions. Gopi Sundar composes the music for this film. Sesha Sindhu directs it.