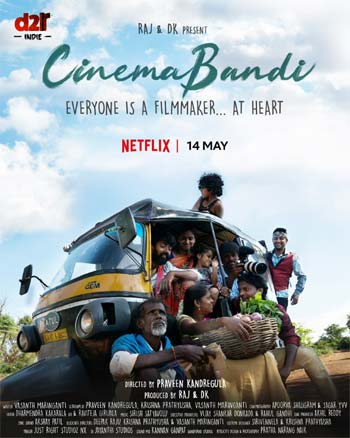 The trailer of Cinema Bandi, a Netflix original was released a couple of days ago and it has garnered a largely positive response.

The fun-filled trailer has clocked over a million views in just two days which is an impressive feat, given the fact that it stars only newcomers. The organic comedy and peculiar set-up seem to have stuck a chord with netizens.

Cinema Bandi is a tale of a group of villagers who find a misplaced camera and decide to shoot a film featuring local residents. Debutante Praveen Kandregula helmed the film. Raj and DK produced it in association with Netflix. The film will be available for streaming on Netflix from 14th of this month.