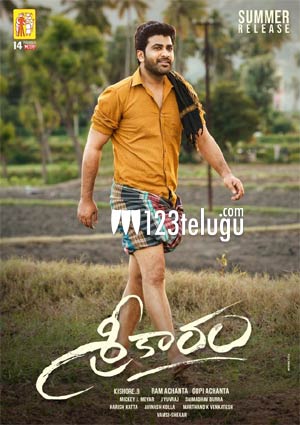 The shooting for hero Sharwanand’s upcoming film, Sreekaram resumed a few months ago. As per the reports, the film has almost wrapped up its shooting except for some minor scenes.

Meanwhile, the latest news is that the makers are planning to release Sreekaram in the month of February. But as per the inside reports, Sharwanand, who faced a failure in the form of his last film, Jaanu last February is not showing interest in the release of Sreekaram in the same month.

However, to get clarity on the film’s release we have to wait for a few more days. Sreekaram has debutant Kishore Reddy as the director. Priyanka Arulmohan is the female lead and the 14 Reels Plus banner is bankrolling the movie.