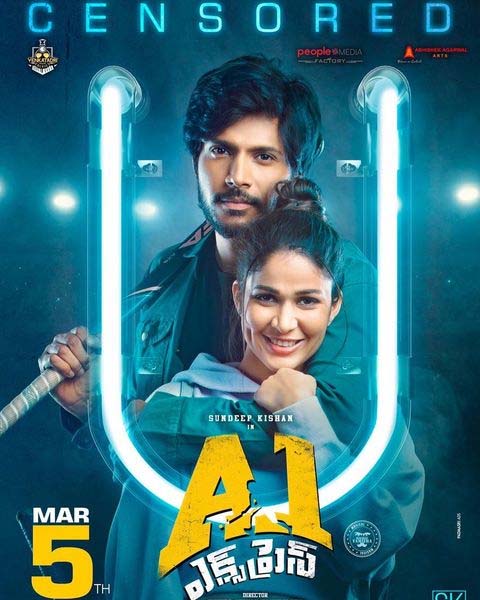 It is a known fact that Sundeep Kishan is doing a film called A1 Express that has been in the game for a long time now. The film is busy with its promotions and is gearing up for a release on the 5th of this month.

Meanwhile, the update now is that the film has wrapped up its censor with a clean U certificate. With this, the last-minute formalities have been wrapped up and the film will have a grand and big release.

A1 Express is a film based on hockey and the lead pair, Sundeep and Lavanya will be seen as hockey players. Rao Ramesh plays a key role in this film. Dennis has directed this film.