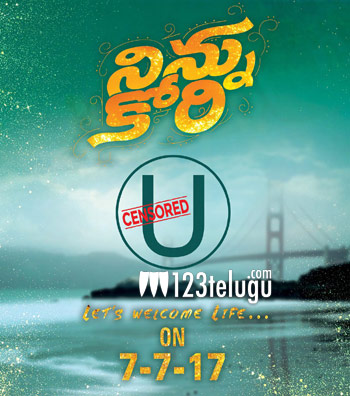 Nani is on a roll these days and is giving back to back hits. His new film, Ninnu Kori is set for a huge release this 7th of July and the latest we hear is that the film has been censored with a clean ‘U’ certificate.

Directed by Shiva Nirvana, this film has Nivetha Thomas as the female lead. Touted to be a complete love story, this film has a script by Kona Venkat and music by Gopi Sundar.

The film has mostly been shot in the US and has some super positive reports all over. We need to see if Nani gets his seventh hit in a row or not.