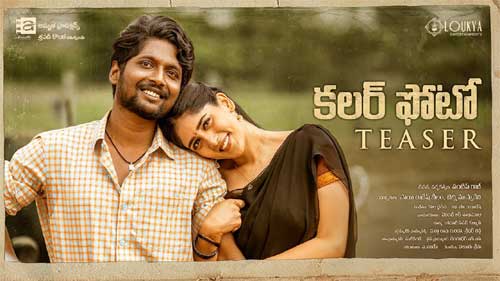 Color Photo is a film that has raised curiosity in the last few days. Suhas, who is slowly making his mark in Telugu films is doing this film as a solo lead for the first team in his career.

The makers of the film have released the taser today and it has a very old school charm and cute vibe to it. Suhas plays this youth who falls in love with Chandni Chowdary. The love story has been set so well through the visuals and the humor has been executed nicely well by the director Sandeep Raj who is directing his first film. The rooted story looks quite interesting and the teaser is packed with good performances.

Viva Harsha looks good in his role and Sunil is shown as a corrupt cop. Though the setting looks a bit familiar, the manner in which it is narrated, things look cool and earthy. The trailer will be out soon, for now, the makers have lived to all the hype.