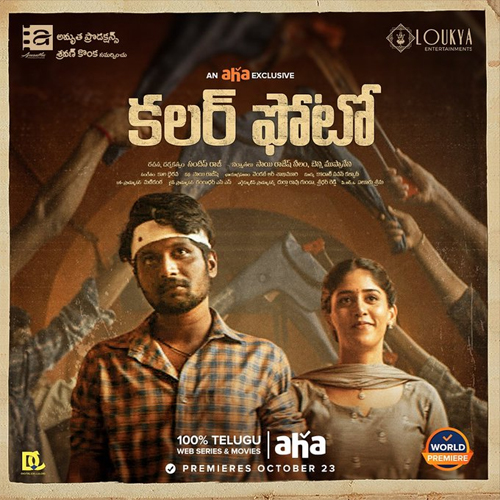 The film has Suhas and Chandni Chowdary as the main leads and is directed by debutante Sandeep Raj. Written and produced by Sai Rajesh, this film is a small-time village love story.

The makers were planning to release the film during Diwali but the lockdown happened. The film’s teaser and songs have already caught on well and the talk is that AHA has paid decent bucks to the makers to bag this film. Only time will tell how this film will turn out to be.