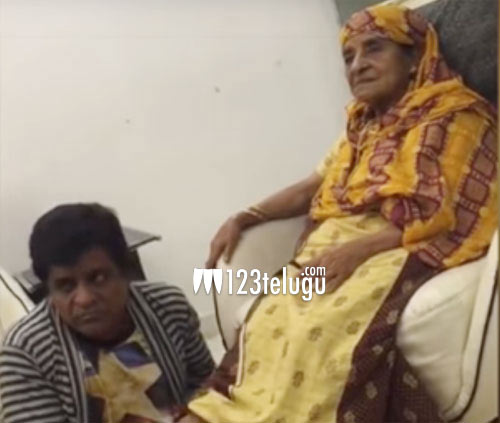 Senior comedian Ali’s mother Zaithun Bibi passed away due to illness in Rajahmundry yesterday. Ali was shooting in Ranchi and he immediately flew back to Hyderabad upon receiving the news. On the other hand, Zaithun Bibi’s body is being brought back to Hyderabad and her last rites will be performed on Thursday.

Ali shares a close bond with his mother. On several occasions, he credited his mother’s sacrifices and said that she was the woman behind his success. He used to spend time with her whenever he got a break from shootings. Ali has also been carrying out various charity activities in the memory of his father.