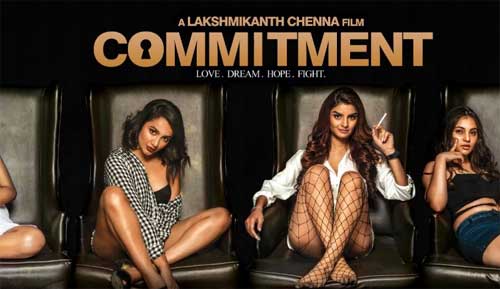 Commitment is the new film that has raised a lot of eyebrows. The film’s teaser was launched today and it is already trending on top on Youtube from the time it was out.

Tejaswi plays one of the leads in this film which is being directed by Laxmikanth Chenna. Speaking at the trailer launch, Tejaswi spoke at length about the film and said that it is her story that is being made into a film.

Tejaswi also added that she was asked for a lot of physical commitments but she stayed away from all this and made it to wherever she is now. The film will out soon and has some very bold scenes.