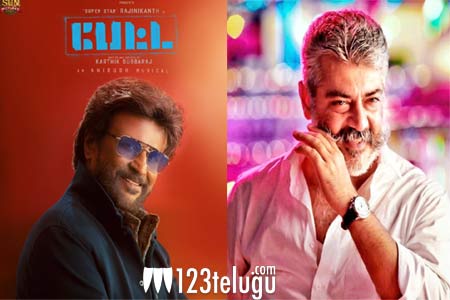 Pongal is a time where a number of movies release in Tamil Nadu and Telugu states. This time, two Tamil biggies, Petta and Viswasam are gearing up for their releases in January second week.

Petta has Rajinikanth and Viswasam has Ajith in a lead role and there is a massive buzz for the film. The pre-release business of the film has been done on a solid note and fans are eagerly waiting to see both the mass stars in full on a commercial avatar.

The fight is also on to bag as many theaters as possible to release the film all over the state of Tamil Nadu. Petta is slated for an 11th January release whereas Viswasam will come out on 14th of January.