Kollywood star actor Vijay will be seen next in a movie, tentatively titled Thalapathy 66, under the direction of Vamshi Paidipally. The movie has Rashmika Mandanna as the lead actress.

Now, curious netizens, who are eagerly waiting for the film’s first look, have been believing in a rumour that Mehreen Pirzada is also playing a key role in the biggie. However, the PR team has debunked the rumours and clearly stated that the F3 actress is not a part of the film.

Prakash Raj, Prabhu, Sarathkumar, Yogi Babu, Jayasudha, Srikanth, Sangeetha Krish and others are roped in to play pivotal roles in this movie. Produced by Dil Raju and Shirish, the movie has Thaman’s music. Thalapathy 66 will hit screens on Pongal 2023. 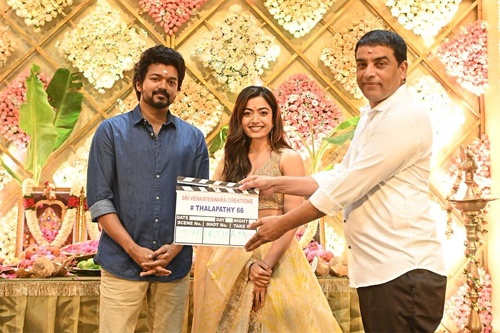