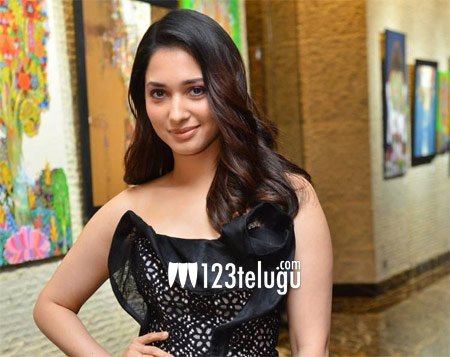 We all know that milky beauty Tamannah is doing Chiranjeevi’s Sye Raa. She plays a princes in the film and from the past few weeks, there have been several reports that she is doing a role with negative touch.

Now, the sources close to us have revealed that she is not playing any negative role and is a key character in the film.

Whether she romances Chiranjeevi or not is a big question as of now. Tamannah is one of those actors who has shared screen presence with both father-son Chiranjeevi and Ram Charan.

Nayanthara is the other lead actress in the film and she plays Chiru’s wife. Surender Reddy directs Sye Raa.