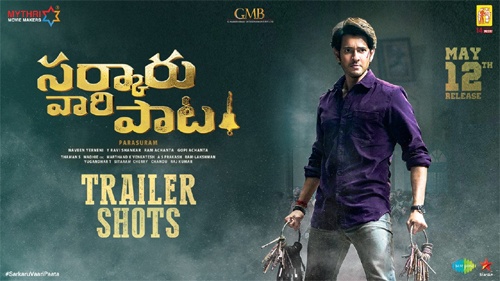 Finally, the theatrical trailer of Mahesh Babu’s Sarkaru Vaari Paata is scheduled to release tomorrow. Helmed by the young director Parasuram Petla, the movie has Keerthy Suresh as the leading actress in the film.

Today, the makers of the biggie have announced that the trailer will be out at 04:05 PM tomorrow. A tweet has been posted from the official account of the movie. A motion poster has also been released to announce that the trailer has 105 shots.

Subbaraju, Vennela Kishore and others are part of this flick, produced by Mythri Movie Makers in association with GMB Entertainment and 14 Reels Plus. Thaman S has rendered the soundtrack for this crazy project scheduled to hit screens on May 12, 2022.