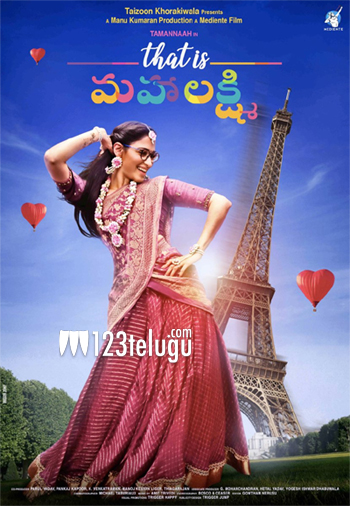 Today, on the eve of Dussehra, the first look poster of Tamanna’s That is Mahalakshmi was released all over. What was surprising here is that the poster did not carry the director’s name.

Going back in time, it was director Neelakantha who made half of the film and walked out from the project citing creative issues with Tamannah. Later, Awe fame Prashanth Varma was brought on board and he wrapped up the project.

So, the makers of the film did not credit any of the director’s name in the poster and this has become a hot topic of discussion. The talk is that if anything goes wrong with the film none of the directors want to take the blame and because of this, they will not fight for the credits as a director of the film.

That is Mahalakshmi is the official remake of the film Queen which is also being remade in Tamil, Kannada, and Malayalam.